This editorial provides the modern-day context for a long-established psychiatric treatment, democratic therapeutic communities. As this treatment is now such a small field in psychiatry, readers may not have enough background to be able to place the research in a suitable context. This includes the previous gap in experimental research, the difference between the modern model and the one used in the 20th century and the general field of personality disorder evidence.

© The Royal College of Psychiatrists 2017

For psychiatrists who remember democratic therapeutic communities in their heyday, they were based on Rapoport’s four themes (democratisation, permissiveness, reality confrontation and communalism) which he identified at Henderson Hospital in the late 1950s. Although the service in Pearce et al’s study is based on some of these fundamental principles, they are overlaid with several decades of development and modification.

Newer therapeutic communities now bear few superficial resemblances to these residential services, which were formed in the heat of the social psychiatry revolution of the 1950s and 1960s. No wholly group-based residential therapeutic communities now remain in the National Health Service (NHS), and all of those that still function are day units, as in this study. The laissez-faire attitude of ‘leave it to the group’ rarely prevails, there is a high level of structure and order, and there is very little opaque psychoanalytic interpretation delivered by remote therapists.

Modern therapeutic communities have a strong emphasis on empowerment, openness and ‘ordinariness’, which soon dispel any notions of therapeutic mysteriousness and charismatic leadership. They are tightly managed services with clear admission, review, progression and discharge protocols.

In 2002, one of the first quality networks of the Royal College of Psychiatrists’ Centre for Quality Improvement (CCQI) was the ‘Community of Communities’. It helped democratic therapeutic communities to agree the nature of best practice and to consistently deliver it.8 Part of this process involved the distillation of ten core values that underlie the measurable standards.

These would be entirely familiar to early therapeutic community pioneers: a culture of belongingness, enquiry and empowerment; democratic processes whereby no decisions can be made without due discussion and understanding; and the fundamental importance of establishing and maintaining healthy relationships (which are not always comfortable and are seldom without conflict). This work has also led to the ‘Enabling Environments’ award at the Royal College, and the development of ‘psychologically informed planned environments’ (PIPEs) in criminal justice settings, and ‘psychologically informed environments’ (PIEs) in the homelessness sector.

Their role in treatment for personality disorder

The publication of outcome studies for personality disorder treatment have had something of the quality of a ‘horse race’ or ‘beauty contest’ in the past decade. New treatments have been constituted from various old psychological theories, which have been branded and packaged, then manualised and researched with much energy and competitiveness.

In this way, they have been suitable for ‘selling’ to mental health commissioners as simple value-free ‘commodities’ or ‘products’. In a way, Pearce et al’s study indicates that therapeutic communities have now entered this race. However, it is worth proposing that their study is not of a simple ‘brand’ of treatment, but of a therapeutic philosophy with a long and distinguished heritage, which has now been adapted to fit into the wider ‘whole system’ of a 21st-century mental health service.

Therapeutic communities offer a democratic way of conducting therapeutic business, demand specific attention to the coherent and coordinated use of the different therapeutic approaches, and deliberately provide an overall therapeutic environment.11 These do not often happen in other therapies.

Therapeutic communities also specialise in being able to treat those who have a particularly severe presentation of personality
disorder, such as in prisons. This severity can be measured by diagnostic criteria, comorbidity, risk, complexity or unmanage- ability. The therapeutic environment, including techniques such as peer mentoring and deliberate informality, facilitates engagement of people who would otherwise be ‘untreatable’.

Haigh R. Industrialisation of therapy and the threat to our ethical integrity. Personal Ment Health 2014; 8: 251–3.

He studied social sciences as well as medicine as an undergraduate. After working as a GP, he trained as psychiatrist, then as an NHS medical psychotherapist and group analyst–becoming a consultant in Berkshire in 1994, where he has been based since. At the Royal College of Psychiatrists, he was the founder of ‘Community of Communities’ quality network in 2002 and the ‘Enabling Environments’ award in 2008. He was appointed as Honorary Professor of Therapeutic Environments and Relational Health at Nottingham University’s School of Sociology and Social Policy in 2015. 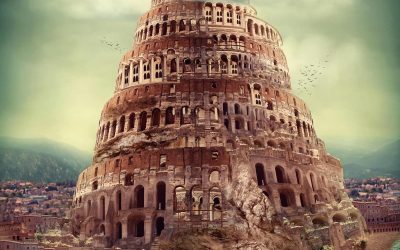 Babel Meeting. The democratic therapeutic community in the world today

Global Virtual Event A moment of meeting and discussion on the period we are going through, in the different corners of the world and an opportunity to dialogue on common interests to be developed in INDTC. HOW TO PARTICIPATE The Babel Meeting will begin Friday 7 May...

Considerations about the current situation in time of pandemic

We are living a terrible situation. Tragic. Fear, anxiety, loss, desperation and depressive thoughts are just some of the feelings I experience at times. They come in waves, contrasting with hope, serenity and the capacity to feel pleasure with small, important...

Underpinnings of the therapeutic community individualgroup dialectic, between clinical organisation and daily life

Abstract This contribution offers a general overview that departs, above all, from a relationship with the Mito&Realtà network, and describes the underpinning of the community architecture, highlighting the basic arrangement and internal articulations that work...